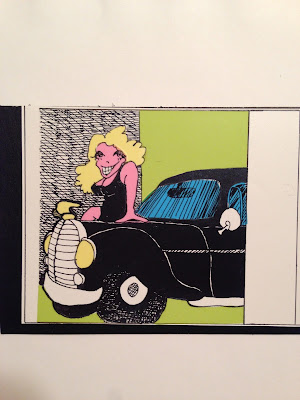 i have been a person who has jumped around from creative careers. In the late 1990’s I tried home design, working for a store that sold furniture and had a home decorating service. Other than liking to look at nicely decorated homes, I had no design education, which seemed to make me just the person they were looking for.
The company sold very beautiful furniture and had a sewing studio in Virginia with a stable of illegal Vietnamese women, probably tied to their workstations who sewed the most fabulous creations.
As time passed, they trained me to be a good decorator, and I did a lot of very beautiful homes on the North Shore Gold Coast of Long Island. This was when McMansions were going up all over the place and people needed a lot of home furnishings and drapery to fill their 12,000 square foot houses.
We had quite a variety of customers coming to our establishment. I was required to greet everyone that walked into the store with a script and then write their names and information into my black and white marbled composition book. There were the Jewish ladies from Great Neck, the Waspy country clubbers from Locust Valley, the “browsing only” people from mid-island, Greeks, Persians, and Italians. You never really could peg who was going to spend a lot and who wasn’t
One afternoon a little old woman walked in and I greeted her. She was a tiny woman elderly woman who still dyed her hair blond and wore it in a hairdo that was last in style in 1975. She had skin as thin and transparent as tissue . She spoke with an English accent and said her name was Mrs Ianniello , but everyone called her Betty, “London Betty”. She was a sweetheart, and we took to each other immediately. I had the feeling she was going to be a “browser “, but I took her around the store and started asking her the usual questions as I jotted her info into my book.
Betty said she wanted to do her house from top to bottom. From her appearance, I assumed her house was going to be small. She said her husband had been away and she wanted to fix it up for his return. I asked her, “Oh, ok...where has he been?”  she looked at me and repeated he’s been “away”
Still not getting an actual place from her, I set up an appointment to see her house and do design plans. She gave me a Westbury address and we set a time for me to go there. The next morning i drove to her house. I was in a neighborhood that had enormous homes on large lots of at least 2 acres. Driving up the street, you got a clear idea of who lived in each house. There were the slightly shabby chic white shingled colonials that screamed, old money. These were the neighborhoods that once housed Morgans and Whitneys. Nothing much had changed in these houses. There are long stretches of fences with horses grazing and women in Lily Pulitzer dresses and tennis whites. But there were also houses with large electronic gates, fountains and lots of statuary. With every house I passed I mentally played the guessing game “Don or Deb”
I got to Betty’s house with the gigantic fountain in the middle of the circular driveway and no shrubbery around the perimeter of the building. The outside not as showy as some of the houses I had driven by, but what was awaiting me inside can only be described as Awesome!!
London Betty greeted me with all of her bubbly effusiveness and walked me in. She felt the house needed freshening, but her pride of home was still obvious. The place was very large and there was an open floor plan. The spacious entry opened into the living room and wide hallways led in different directions. All of the floors were covered in a plush pile of Pepto Bismol colored carpeting. Every wall, in every direction had a different finish....straight ahead was a flagstone wall, to the left a wallpapered wall, to the right were floor to ceiling mirrors. And there was artwork.... reproductions of Renaissance masterpieces on velvet, nudes that had poses with all the subtlety of Screw Magazine, still lifes from adult night-classes and clowns. So many clowns...reclining clowns, happy clowns, a close up with a single tear clown and clowns on bicycles.
Betty went to the kitchen and left me alone in the living room. There, on the baby grand piano were framed photos....so many there was no room for even one more. I looked and there was Betty and others with Frank Sinatra, Joey Bishop, Dean Martin and men in hats with cigars ...there were also pictures of Danny DeVito  and Robert DeNiro on the set of a movie.
Betty walked back in and said , “Ohhhh! Don’t you love those pictures?” she said something to the effect that her husband helped with “research” on the set of “Hoffa”. I was beginning to understand that he was not by trade in the movie business....
....and by “AWAY” she didn’t mean that he had been on vacation.

saute garlic in olive oil til fragrant....add all ingredients except seafood
bring to simmer...throw in clams, cover and simmer approx 5 minutes or till all are open
add shrimp and scallops cook another 3 minutes at a simmer
toss with pasta