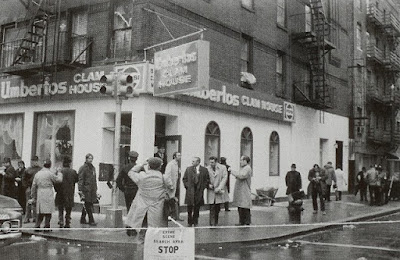 No longer working at the design store, I was now free to take Betty shopping anywhere her heart desired. Her heart desired stores that were not my usual haunts, but I was only interested in pleasing her. Betty was furious that I had been fired and told me she would like to talk to the owners. Not wanting to be in the middle of a story on the front page of the Post, I said not to bother. We had decorating to do and I was now free to give her my undivided attention
London Betty, was short and a little bit plump. My knowledge of regional English accents is not acute, but I was pretty sure her early life in London wasn’t spent with the Queen. Although this story takes place in the not so distant past, it was before easy Google searches existed. It was hard work for me to find out about this charming funny woman. I think that I might have read somewhere, that London Betty had been a showgirl at one time. I can’t remember if this is a fact or if it just seemed like the most plausible scenario.
Betty and I selected her recliners and nesting side tables that could easily accommodate drinks and dinner plates for watching TV. Betty was definitely not from the “Less is More” School. To tie in with the mix and match multi-surfaced walls, we selected plaids and florals in pinks and greens. All of this would go perfectly with the sea-foam Naugahyde and the Pepto pink carpeting.
When we had picked out everything, I sat her down and gave her a choice of furniture floor plans that I thought would make the most sense. The room was large and even with two recliners in the middle facing the TV, we had plenty of room for sofas and other seating areas. I suggested a layout that I explained made the most sense. My plan, I clarified, was the most conducive for conversation. Betty looked at me, then she had me follow her through the living room and dining room. She turned to the left and opened the door to a dark windowless room with a desk and a few chairs. London Betty looked me straight in the eyes and said, “If my husband wants to have a conversation, he comes in here.”
Everything that I had ever learned about design was now out the door. Usually I would worry about people seeing my decorated rooms. The thought of bad design showing up in my portfolio worried me. In this house, absolutely no pictures would be allowed to be taken. My design reputation was safe.
As we ordered everything, we were now rushing to get all shipments and installations done before her husband’s return. She had ordered a lot and unlike my other customers, did not use a credit card. One morning Betty had me come over to collect her deposit. We went into her kitchen, and she took a wooden carved box from a shelf near the stove. From this little box, she took out cash for the payment. Betty handed me $16,000.00 in crisp hundred dollar bills. Then she put the rest of the money back into the box. My mind went all over the place, but as she returned the box to the shelf, it became clearbto me....NO one would EVER touch that box....it was safe.
A few weeks later, everything was delivered and installed. It was a cacophony of pink and green and Betty could not have been happier. That last day, I went to the house to finish the job at ten in the morning. Who was sitting at the kitchen table, but Betty’s husband, himself. He was Matty “The Horse”, the notorious Head of the Genovese family. Fresh from his all expense-paid vacation in federal prison, Matty was wearing a pair of gray flannel slacks and a wife beater tee-shirt tightly tucked into the pants. He sat with both elbows on the vinyl covered kitchen table. He had an oxygen tank on a wheeled cart with a breathing tube in his nostrils. Although it was two hours before noon, Matty was wolfing down a big plate of manicotti. London Betty chirped introductions and gushed that I was the one responsible for how perfectly beautiful everything was. Matty barely looked up from his bowl of marinara then grunted something. It was hard to understand what he said to me with his mouth full of pasta, but I was relieved that he didn’t find it necessary to tell me his opinion in the “Conversation Room”

Recipe:
( thank you to Lisa De Paulo for this family favorite....HER family, not Betty's!)

Beat eggs first. Then add other ingredients, beating with hand mixer or egg beater until smooth. Cover in bowl and refrigerate for an hour or so.
Use a small Teflon pan (8 inches or smaller). Butter pan only once and very lightly. Pour just a thin layer of batter in, so the manicotti is very light. Cook on one side only. Put cloth on table and lay out all the shells as they are made. Then fill with seasoned ricotta. Then roll them up.


Bake the manicotti in a lasagna pan with a thinned marinara sauce. (Put some sauce on the bottom, then the manicotti, then cover with more sauce).

make sure the table has a fresh vinyl tablecloth