And in the beginning.... I was born on Long Island, but my strongest memories are from our move to North Carolina when I was 4.


My memories of Long Island are fuzzy. Some are actually true, some are just stories in my head from looking at photographs. Some are déjà vu that comes to me when I watch movies like “Radio Days” or “Avalon”. 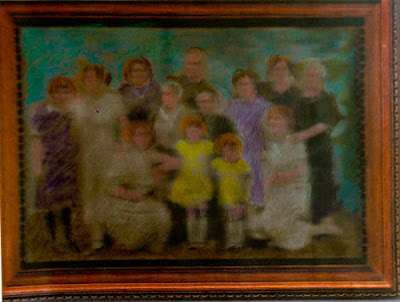 Our little house in Glen Cove was the weekend destination for our city dwelling relatives. The small house would fill up with my mother’s family; grandparents, aunts, uncles, and cousins. Conversation was loud and food was plentiful.


The women were all bosomy and opinionated. They brought babka and rugelach from Brooklyn in big white boxes tied shut with red and white string. The house smelled of brisket and roasted chickens that were always dry and overcooked. My mother had  a big white meat grinder that was attached to the counter that pushed out streams of chopped liver. It looked like soft bowel movements pouring thru the grates and did not seem more appealing once on the platter. There were mushy canned vegetables and stuffed derma all coming out of the kitchen in steady succession. 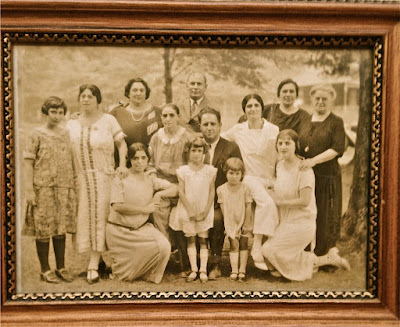 We were not the “no driving on Sabbath” or “always wear a yarmulke” kind of Jewish family, but we were certainly a Jewish family. We had a varied assortment of relatives.  Camps were divided between my mother’s family and my father’s. They didn’t mix.


My father’s team was Manhattan. His father lived with us. Living with us was against his will and my grandfather made sure anyone within earshot knew it. He thought my mother’s family was very déclassé. My grandfather believed that my father had "married down", and took every opportunity to express that opinion to everyone.


My mother’s was Eastern Parkway and Paterson. Yiddish speaking face-pinchers, card-carrying communists, intellectuals, bad joke tellers, cigar smokers and the rest of the casting couch for Woody Allen movies were all in attendance.


My father was a textile salesman and traveled all the time. Never being home was hard on him. It was also hard on my mother, who was left for weeks at a time to care for four children and my grandfather. This was the reason they decided to move to North Carolina and leave all of their family.

For our move to Greensboro, we split into two groups; the flyers and the drivers. My brothers, sister and father drove down in packed cars; my mother and I flew with my very sick grandfather. He was so sick actually, that his doctors told them that this move could likely kill him. But we were moving. Grandpa was coming with us, like it or not....and he did NOT!


My grandfather was angry and vowed he would never live in Greensboro. Proving the doctors correct, my grandfather was collected by ambulance on the tarmac at the Greensboro airport, and died a few weeks later. His massive heart attack on the plane was possibly his final act of defiance. Grandpa never stepped foot in our new house.
December 1960, the white meat grinder was unpacked and put in the kitchen of our new house in Greensboro North Carolina. Leaving behind all of our assorted relatives, we started a new life in a  New World.